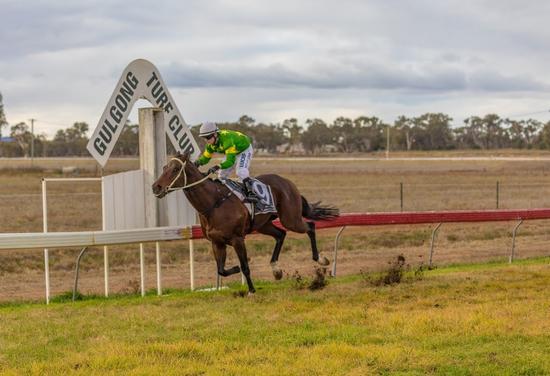 "At his hometown meeting and before a big crowd,trainer Brett Thompson landed the quinella in the 1200 metres Oatley Fine Wine- Gulgong Cup on Sunday and both horses were ridden by jockeys formerly from England.

More Than Art ( Billy Cray,$10 ) led most of the way to score by a length and a half from the more favoured stablemate Attalea ( James Rogers,$3.80 ) with two lengths to Desert Marshal ( Luke Cumberland,$8 ),the winner of the 2017 Gulgong Cup.

Brett Thompson at the Cup presentation made special mention of John “ Ripper “ Currie,a part owner of More Than Art,who throughout the year on a voluntary basis cares for the Gulgong track and also has a major role in helping Thompson with his big team of racehorses.

Named after Thompson’s granddaughter,Marley Girl ( Alena Skerritt, )was backed from $8 to $4.20 )before leading throughout to win by nearly four lengths from Brimondo ( Billy Cray, $5 ) and Starlight Treaty ( James Rogers,$5)."